Sun City Grand Drops to Under 1 Months of Inventory

September Snapshot (we are always one month behind in data)

Sun City Grand Market Update September 2018: The big news in Sun City Grand in August is low, low inventory. Just 51 homes for sale compared to 91 last year. That’s a -44% decrease over last year in August. Lack of homes listed dropped month’s inventory to under 1 month at .93.  Last year at this time, inventory was 1.74. Perhaps the bigger news will be when we do next month’s market report to look at just how many sellers came into the market in September.

Another interesting number to look at is average days on market, it was just 63 days compared to 92 days in August last year. That’s a -31.52 decrease.  In August, sold listings were up, pending more than -50% down, homes for sale down -44% and new listing down -40%. Where are the sellers? They appear to be emerging as in September, so far, the number of listings has almost doubled compared to August. On average, homes in August sold for 98.5% of asking price.

In September there are currently 88 homes for sale in Sun City Grand with 24 homes pending. 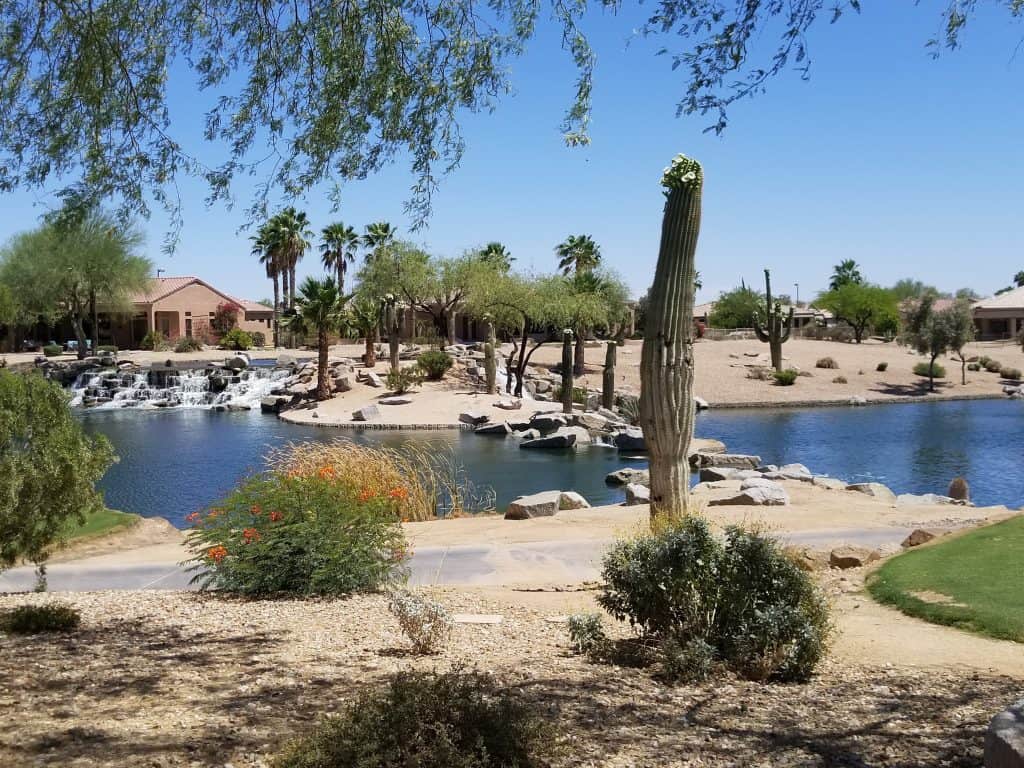 Homes are selling, home values up slightly, low inventory, pending listing down and days on market down. Sun City Grand is in a Strong Seller’s Market. If you found this article informative, Sun City Grand Market Report September 2018, you also might like

Thinking of buying or selling a home in Sun City Grand? Keep updated with a handwritten monthly Sun City Grand Market Report sent to your email. Please sign up below.

See All Reviews
Write a Review